(Though a silent orchestra, they were full of) ELEGIES 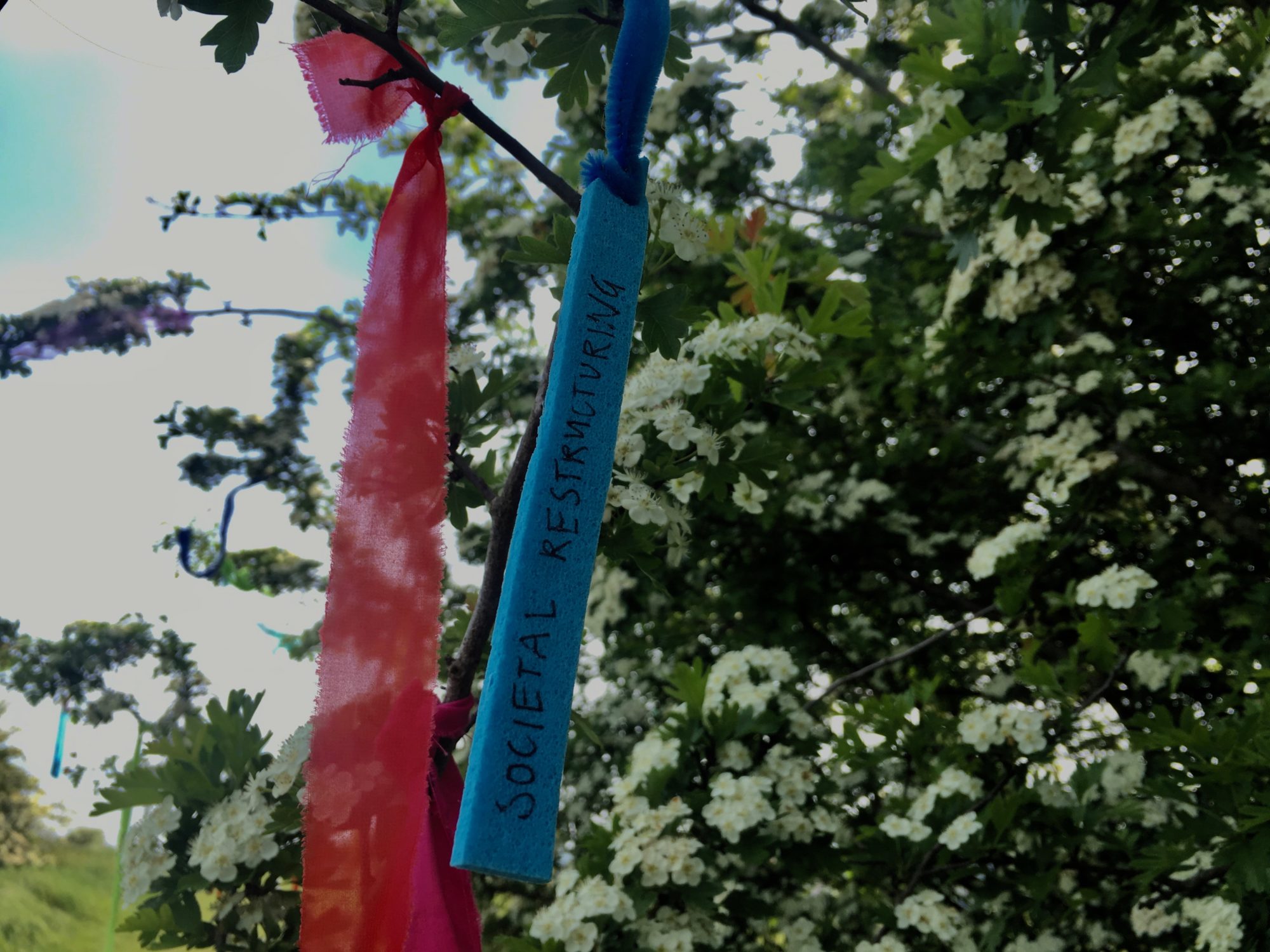 During the Spring of 2020, along with hundreds of thousands of other people, I got sick.

After my recovery, I read a text from the philosopher Paul Preciado, who had also been ill.

He wrote : «The first thing I did when I got out of bed after having been sick with the virus for a week that was as vast and strange as a new continent, was to ask myself this question: Under what conditions and in which way would life be worth living ? »

(Though a silent orchestra, they were full of) ELEGIES is an intimate performance for a child and a group of traditional singers, shared with one to five spectators at a time.

Into the night, under the moon, a child starts a conversation with an audience.

What follows the conversation is unpredictable, as our states are. It changes every time the performance happens with a new audience. It is an improvised elegy, a lament, a celebration, dedicated to the spectator, to their states, losses, and wishes.

Creating a dialogue with the audience, the performers seek to awaken the capacity to listen, to feel, to acknowledge each other’s presences.

(Though a silent orchestra, they were full of) ELEGIES is rooted in a reflexion on presence, and attention, as a process of healing and a political tool for solidarity and resilience.

We feel alive when we feel.

We feel alive when we are seen and heard.

After more than a year of confinement, we are now in a transitional state. The performance opens a space to reflect and listen to what has not been heard or acknowledged, to mourn what has been lost, on a personal and collective level, in order to move on and transform.

In order to create the speech of the first part, I have been in a long-distance conversation with a child called Eleanna, for a few weeks during the pandemic. Eleanna is French and Greek, together we talked about many topics, directly or indirectly related to the performance : the presence/absence, separation/isolation/confinement of bodies, the pandemic, the future, age and roles…

I recorded every session together, and these recordings have been the material for the writing of the speech and the sound composition.

With Eleanna, I created the speech, that is a template, a reference. It will be then recorded in as many languages as the performance will travel, with other children. Every time the speech varies a bit, depending on the encounter, the age of the child and what they have to say.

The speech has different layers, different voices. Sometimes the child does sound like a child, sometimes like an adult, or an oracle. These different layers and voices embodied by the child are based on crossed researches, and influences, among them the work of neuroscientists specialized in historical traumas and their transformation/healing in the body.

For the second part of the performance, which is a song and a dance, I opened a conversation with a «specialist» of traditional songs and rituals related to grief/mourning/separation/confinement. How they still exist today, in many cultures and under many forms.

For the premiere in Athens, I have collaborated with Panayiota Andrianopoulou, an archeologist with post-graduate studies in social anthropology, and Christiana Galanopoulou, director of MIR Festival, who also made a lot of research about mourning and grief in Greek culture.

They both helped me searching and collecting the songs of separation for the second part of the performance, and to find the people who were practicing them.

Everytime the performance will be presented, I will collaborate with the cultural institution where it is taking place to find traditional singers, looking especifically for building a mixed group, in terms of age, social status, and cultures. Together with the institution, we will focus on giving opportunity and visibility to different social groups, including refugee people.

The number of singers will be decided together, regarding the budget and possibilities. This performance is inspired by the idea of sleepless nights as a collective ritual : a desire to take time together, open a collective space, to let emotions out and catharsis happen.